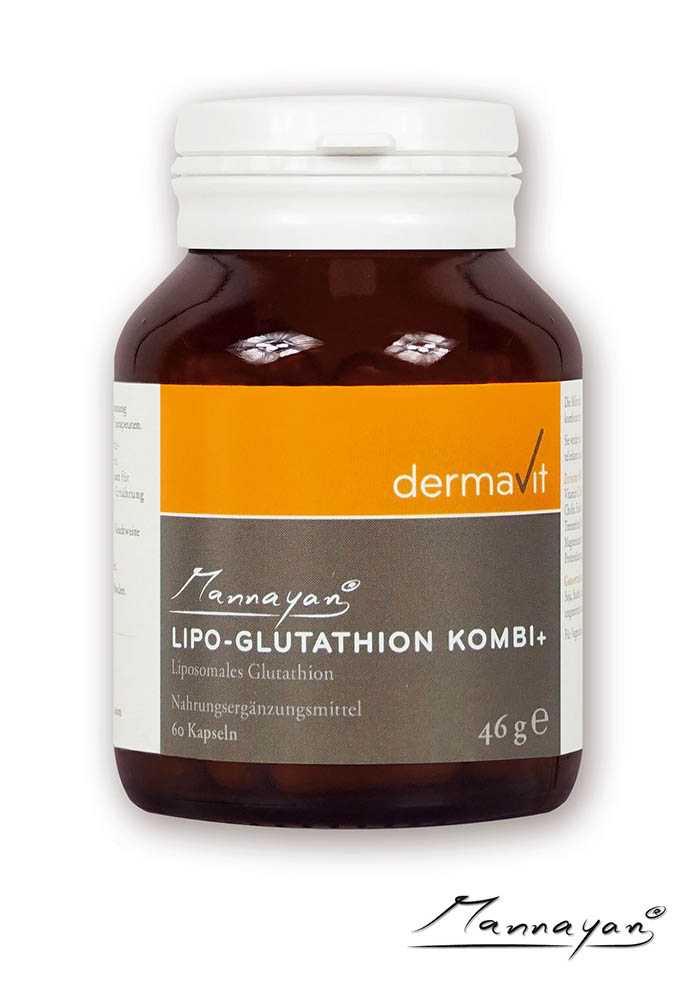 Mannayan Lipo-Glutathione Combi+ is a strong antioxidant formula consisting of several antioxidants. It protects your cells from free radicals and thus delays ageing.

Liposomal glutathione is one of the body's most important antioxidant substances It is, so to speak, our rust protection. In liposomal form, glutathione can penetrate the cell membranes and also act within the cells.

An antioxidant prevents the oxidation of other substances by inactivating excess reactive oxygen species (ROS) in the body. In this way it reduces the so-called "oxidative stress" which is blamed for ageing and numerous diseases. If you want to know more, read the Wikipedia article Antioxidans.

When is the need for glutathione increased?

In case of nitrosative stress, in case of psychological stress, when doing intensive sports, when taking paracetamol, in case of vitamin A deficiency.

N-acetyl-L-carnitine is an amino acid involved in energy metabolism. L-carnitine plays an important role in fat metabolism. Its main function is the transport of fatty acids into the mitochondria of muscle cells, including the heart muscle. There the fatty acids are oxidized to produce energy.

Alpha lipoic acid is an antioxidant which - together with vitamin C, vitamin E and glutathione - neutralises free radicals.

Without genetic engineering. Suitable for vegetarians and vegans.

Take 1-2 capsules daily with food or according to the therapist's instructions with sufficient liquid.

Do not exceed the recommended daily intake. Food supplements should not be used as a substitute for a balanced and varied diet. Please keep the B12 tablets out of the reach of children, protected from light and dry.

Evaluations will be activated after verification.
Reg+